This was a PCA event planned by Steve and Jane Sanford.  This tour was particularly significant for me because it was the first time I drove a 356.  John Reker was kind enough to swap cars with me that day and I was hooked!  A few weeks later I saw a 1965 Ruby Red C Cabriolet for sale on the 356 Registry website and immediately sent a deposit to the owner in Alabama.  After a Pre-purchase inspection by Dennis Frick, I bought the car in April, 2006 and sent it to Dennis’ shop in Pennsylvania for some tweaking of an early 90’s restoration.   Little did I know that my car and John’s car would turn out to be only ten numbers apart!
– Mike Davis

Gathering of the Faithful 2008 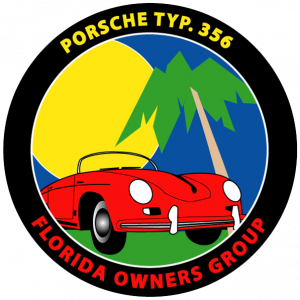